Cubo Kick is a midbass bin to enforce the Cubo series or any other sub bass cabinet in the kick bass region. Like all Cubo models, Cubo Kick is designed to offer maximum performance when used in a stand-alone operation.

The width of the cabinet can easily be modified, Cubo Kick 15 at 45 cm wide is best used in combination with 12" drivers to get the middle way, 100 - 220 Hz when used stand alone.

Over 10 prototypes were built to ensure a maximum output and clarity, in a minimum sized enclosure. Cubo Kick works with a wide variety of drivers, some of which are listed above, if unsure if your driver works, send me an e-mail at questionsaboutcubo at gmail dot com. Or visit the forum: Forum Topic Cubo Kick

It's advisable to use dampening material on all the walls in the rear chamber, except the baffle and without restricting air flow to the driver and reflex ports. 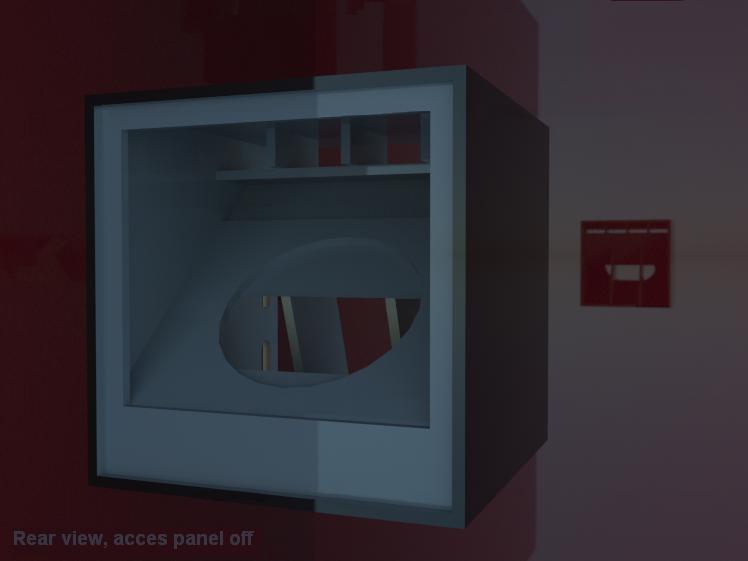 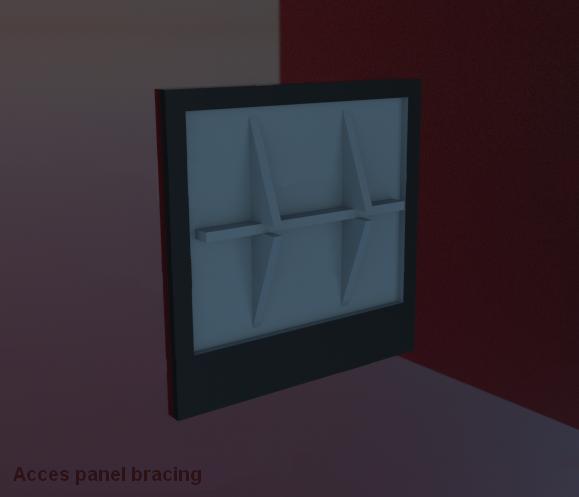 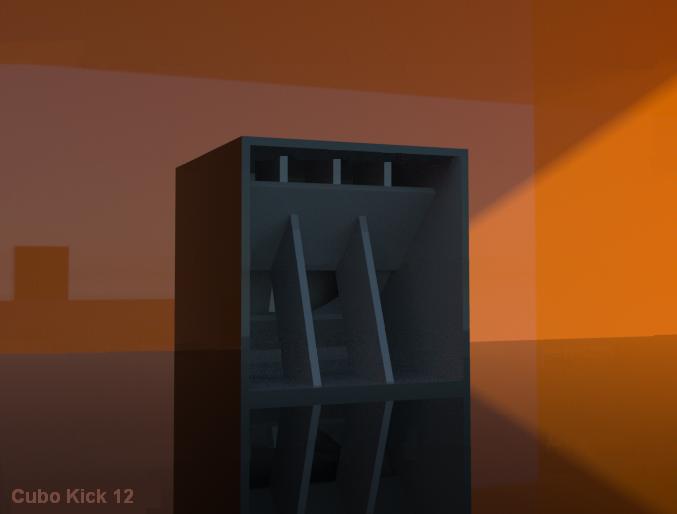 Size: 62x62x65cm
Frequency: 75 Hz - 190 Hz
Enclosure Type: Port Assisted Front Loaded Horn
Cubo Kick 18 has been designed on request and is basically a Cubo Kick 15 redesigned to suit an 18" driver, giving it the exact same outer dimensions as Cubo 18. The increased rear chamber gives it a slightly lower tuning and the slightly longer horn makes it perhaps "the most 120 Hz" design out there.
Discuss this article
Log in to comment
Posts in discussion: Cubo Kick

Now that we have events again I can say that I am very happy with these speakers and I would say the build was a success.

During this build, I recreated the drawing by Cubo in Librecad to figure out some dimensions I could not discern from the drawing and to decide on details like where to put terminal plates and mounting holes for the speaker or the rear wall.

Maybe this can also be helpful for some other people who are building Cubo Kick 15, so I decided to share these drawings.

The proposed locations dimensions should provide clearance for Adam Hall 87160 Terminal plates and 18 Sound 15ND930. For other drivers/terminal plates, your mileage may vary.

The RCF MB15N351 has been optimized for mid-kick, the only draw back might be the light-ish cone, I would put a lot of dampening material on the walls of the rear chamber (just in case).

smegdubz replied the topic: #24993 6 months 2 weeks ago
Hello there, would Fane Sovereign 12-300 work in Cubo Kick 12? Or other from Fane product range. Looking to use 12-300 in cubo 12's and want to build kicks as well, sticking with the same manufacturer. Not sure what parameters are crucial in kick design. thanks!

mikael.haggman replied the topic: #24952 10 months 3 weeks ago
Thanks for your reply. But it seems I copied the wrong parameters (sorry for that). They were for the 15-4 S. The right theile below. That might work better with the lower Xmax? The plan is to use this Kick as a low mid driver in combination with a Cubo 18 and a mid/HF cabinett on each side ran on Lab 4000, Lab 2000c and Lab 1300c.

Cubo15 replied the topic: #24941 11 months 2 weeks ago
The Ciare 15 ndh driver will work but it's more of a bass/ sub driver, due to it's motor topology (30 mm winding depth) it's designed to have optimal cooling at large excursions. Typical excursion in Cubo Kick is 3 - 5 mm. At low to medium power levels it will be OK (500 - 700 W), well away from clipping, at high power levels (> 700 W) it might burn the ends of the voice coil, as they will never get close enough to the magnetic gap to properly cool (due to a lack of excursion). It's a perfect high power driver for Cubo 15 Extended though.

mikael.haggman replied the topic: #24940 11 months 2 weeks ago
Do you think this cabinet will work with a Ciare 15 ndh driver. See specs below:

Faital Pro exaggerates the Xmax figures a bit, otherwise I would say Xmax below 9 mm, higher is usually a sign that it's more a sub driver.

Cubo15 replied the topic: #24920 1 year 1 month ago
I think the easiest way is to find a Sketchup model, or put in the parameters in Sketchup (2D) in Metric (centimeters), then change to Imperial (Window - Model Info - Units - Decimal/ Fractional).

freqmason replied the topic: #24919 1 year 1 month ago
Hello Cubo! I'm using 4 of your 15" sub design and looking to build a pair of the 15" kick bins to go with them. is it possible to obtain the plans in imperial measurements somewhere?

Both the Beyma and the Oberton are high power sub bass drivers, great for Cubo 15 Extra Extended not optimal for Cubo Kick. I would look at 15" drivers with a 3" - 4" voice coil, Qts around 0.3 or lower and before mentioned Xmax figures, like the Oberton 15NXL700 or 15NMB500.

Can I make two front skids (two pieces) slightly bent like a moon or should they be completely straight as in the design?

I will have to see it to give a good answer to that.

Dear Cubo I have question, - very important to me.
Thank you for your time if you would like to help me.
I plan to make a Cubo Kick 15 and want to use one of those speakers Beyma 15QLEX1600Fe or OBERTON 15NXB1200 (or maybe another from OBERTON?)

Which speaker do you think will be better? I want to widen the frequency response a bit up and down.


And the secon question:

Can I make two front skids (two pieces) slightly bent like a moon or should they be completely straight as in the design?
Hope you can understand what I mean.Thank you for answering.
Please advise if this is a good choice? Here are the parameters:

For most venues space is limited so likely will often be a single Kick per side used with Cubo subs.